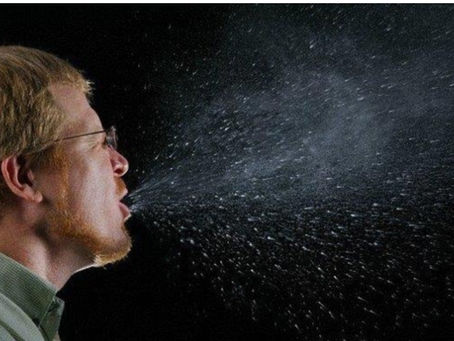 Article by Live Science. Live Science is supported by its audience. When you purchase through links on our site, we may earn an affiliate commission.Learn more

A healthy person’s cough plume. All coughs contain miniature droplets, and if a person infected, the droplets may contain viruses.

Like people, coughs come in all shapes and sizes. They can be deep or shallow, long or short, or forced or stifled.

Scientists who study the ways we cough and sneeze are shedding light on how viruses like influenza spread.

[With swine flu now declared pandemic, health officials say the best ways to prevent the spread of the virus is to wash your hands and cover your mouth when you cough or sneeze. Same advice holds for the common cold.

To follow the evolution of cough, scientists use elaborate setups that reveal how much saliva is expelled and where it goes.

They ask people to cough into masks that are carefully weighed before and after the coughs. They illuminate the flows of coughs with powerful lasers and fancy photo techniques and use powerful computers to model this flow of thousands of tiny particles. They use heated manikins and cough machines in rooms filled with tiny droplets of olive oil or theatrical smoke to track how air moves, where breath goes, and how exposed we are to someone else’s cough.

A typical cough starts with a deep breath, followed by a compression of air in the lungs and then a crackling burst as that air is forced out in a fraction of a second. The average human cough would fill about three-quarters of a two-liter soda bottle with air — air that shoots out of the lungs in a jet several feet long. Coughs also force out thousands of tiny droplets of saliva. About 3,000 droplets are expelled in a single cough, and some of them fly out of the mouth at speeds of up to 50 miles per hour.

Sneezing is even worse.

It starts at the back of the throat and produces even more droplets — as many as 40,000 — some of which rocket out at speeds greater than 200 miles per hour. The vast majority of the droplets are less than 100 microns across — the width of a human hair. Many of them are so tiny that they cannot be seen with the naked eye.

“What happens to these droplets depends on their size,” said fluid dynamicist Bakhtier Farouk of Drexel University in Philadelphia. He is working on software that models how microscopic droplets move around a room.

Most of the larger, heavier drops fall quickly to the floor under the influence of gravity. The smaller and lighter particles (those that are five microns or less across) are less affected by gravity and can stay airborne almost indefinitely as they are caught up in and dispersed by the room’s airflow.

Movements in a room can cause the heavier droplets to become airborne again after they have fallen to the ground or another surface. Making a hospital bed can kick up viruses on the covers. Opening a door can dramatically alter the airflow in the room and pull up viruses on the floor. Even walking through a room can spread droplets in a person’s wake.

If a person is sick, the droplets in a single cough may contain as many as two hundred million individual virus particles. The number varies dramatically and changes over the course of an infection as the immune system clears out the virus. Generally, a sick person is most infectious as soon as the first symptoms appear and less infectious as his or her immune system clears the virus.

Airborne and ready to infect 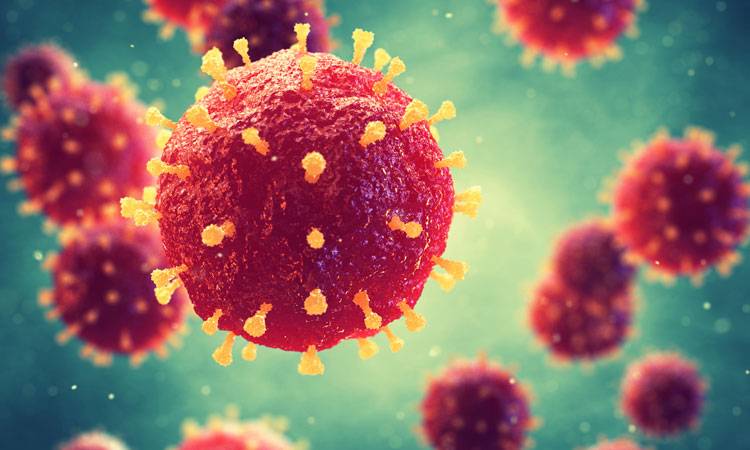 Once they are breathed in, the droplets settle onto cells at the back of the throat, where the virus attempts to enter these cells and begin replicating. This may or may not cause an infection. The body’s natural defenses are designed to eliminate infections, and whether someone will fall ill depends on how much virus is breathed in and whether the person’s immune system has encountered that virus previously, said Julian Tang, a clinical virologist in Singapore.

When people do get sick, the body tries to deal with the infection by bringing up mucus to help clear it. Some of this mucus is swallowed, carrying the virus down to be destroyed by stomach acid. Some viruses in the throat, though, will be expelled when we cough, and this coughing expels the mucus (and new virus) out of the body, thus beginning the whole process anew.

Live Science is part of Future US Inc, an international media group and leading digital publisher. Visit our corporate site.

Feel free and fill the form. 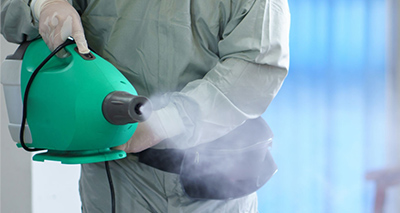 We utilize technologically advanced sprayers to deliver an effective shield